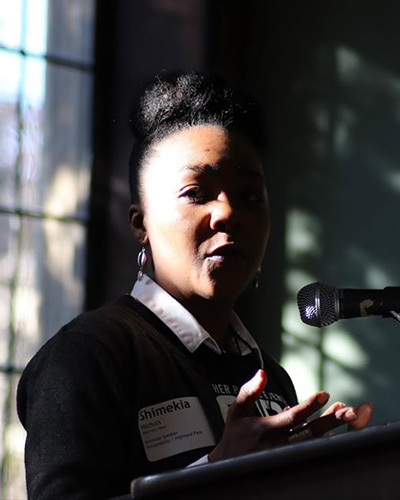 Shimekia Nichols was born and raised in the 48217. She is Soulardarity's leading organizer for the Work For Me, DTE! campaign -- developing community leadership and representing the campaign in the media. She has spoken out on DTE's practices on Channel 7, on the front page of the Detroit Free Press, and at Michigan Radio, outside of a public hearing on DTE's 15-year energy plan. She is dedicated to growing Black leadership in environmental justice work and ensuring that the pursuit of clean energy is just, equitable, and democratic.

Shimekia is the mother of two awesome sons and is an empathetic community activist and comrade to other activists in intersecting liberation movements.

Now, in her role as Executive Director, Shimekia has trained and supported dozens of community members engaging in energy-focused activism and contributed greatly to gathering the 3000 public comments our campaign submitted on DTE's 2019 Integrated Resource Plan. 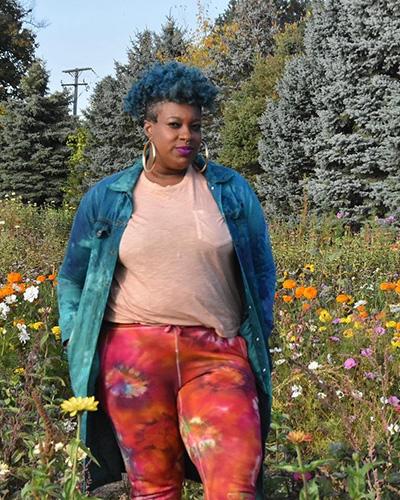 Alexis Draper, founder of Down the Rabbit Hole Productions, is a highly sought project manager for all phases of event production, strategy, and curation. She founded DTR Productions in 2012 after recognizing the need for qualified professionals with rich cultural competency to liaison between non-profit organizations and the communities they serve at the local and national level. The very intentional design of combining her masters level education in Business Administration with a driven passion for providing dreamers and doers with the necessary tools for success has afforded Alexis landmark partnerships with organizations like Allied Media Conference, Black Love Convergence, and Live6 Alliance, and Soulardarity.

When she's not caring for her family, she's tending to her plants, experimenting with make-up, trying new recipes, creating content for her weekly Live Stream show, and buying sneakers, or trying to figure out where to start her next dance party (elevators are a place she misses dancing in this pandemic world). You can often find her listening to 80s and 90s R&B or afro beats, with a cup of coffee in hand, applying a fresh coat of lipstick because you gotta stay ready. 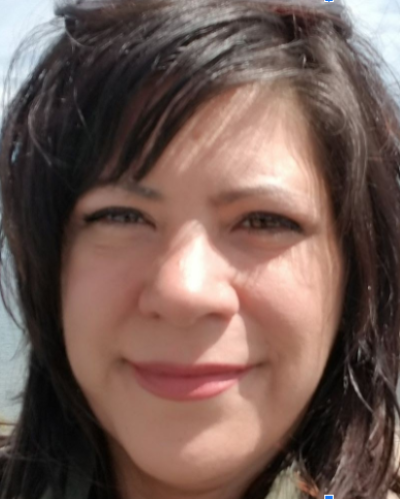 Originally hailing from the west coast, Odessa has lived in six states and now resides in Highland Park, MI. Odessa has a professional background in event planning, operations and administration. She began her activism as a child in developmental and environmental justice. She worked with We The People Michigan to develop and implement a successful statewide Deep Canvassing program anchored in anti-racism and grassroots leadership development. She is a fierce accomplice for racial, environmental and social equity and strives to empower marginalized communities through grassroots organizing and building genuine relationships. As a member of the Sault Tribe of Chippewa Indians, Odessa and her family have deep rooted ties with the land and water in Michigan’s Upper Peninsula since time immemorial. What brings her joy are spinning vinyl, gardening, kayaking, and scuba diving. 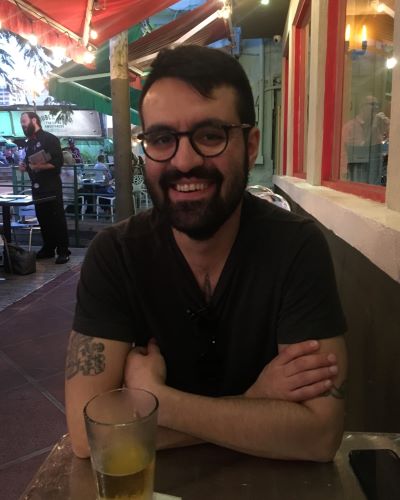 Born in Denver, CO and raised in Flint, MI, Rafael is a political and community organizer with 13+ years of experience. After going to MSU and moving back home to Flint, he took a stab at the life of a volunteer campaigner for a local Mayoral race that carried a message of human dignity that he believed in. Hundreds of knocked doors and dozens of volunteer hours later, he decided to go down the path of a community organizer with ACORN in Flint. Taking the lead from the action of fellow community members, dozens of families were able to prevent predatory lenders from taking their homes during a housing crisis. And armed with clipboards and voter registration forms, members helped elect President Barack Obama in 2008. Following a historic election, Rafael chose to dive back into political organizing, working on Congressional, state legislative, and gubernatorial races while maintaining a passionate focus on issues that impact people economically and socially. Along the way, Rafael also worked to support after school programs in Wayne County and advocated for expanding civil rights protections to the LGBTQ community. With his role in Soulardarity as Program Director, Rafael is focused on advocating for environmental justice and to help achieve true energy democracy. He is now living in southwest Detroit, near Clark Park with his partner, two cats and one dog. 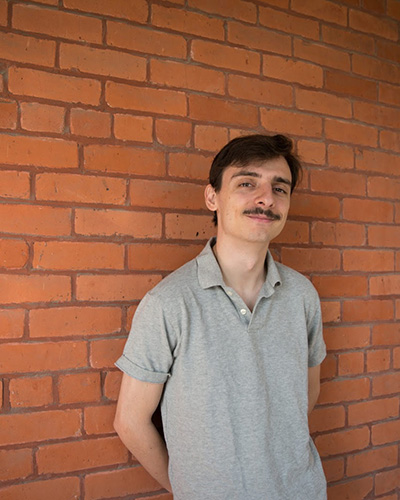 I'm a community organizer, educator, advocate, and energy democracy practitioner living in Highland Park, MI. I was born and raised in New York City, pursued the study of environmental policy and economics at Oberlin College in Ohio, and was politicized through direct action organizing work in West Virginia and Ohio dealing with the violent and extractive practices of the coal and gas industries. Since coming to Highland Park in the summer of 2012. I dedicated nearly a decade to developing and leading Soulardarity as a vehicle for energy democracy in Highland Park and beyond. In parallel, fundraised and supported numerous other community initiatives in Highland Park and neighboring communities.