Soulardarity is in the news!

Soulardarity has been recognized as an asset to the community in which it serves, an outstanding organization to work with and has received the following recognition:

Public lighting has consistently been a problem in Highland Park for years. Struggles to keep the streetlights lit and paying the electric bill for those lights was followed by DTE Energy removing several hundred streetlights from the inner-city suburb last year. That problem gave birth to a new solution.

A Glimmer Of Light For Highland Parkers Left In The Dark

Highland Park, Mich. has a streetlight problem of staggering proportions, but it's an issue that a small group of citizens believe they can remedy. Faced with $58 million in municipal debt and a $60,000 monthly electric bill it could not pay last year, it decided to physically remove 1,000 of its 1,500 streetlights to help lower utility costs.

Illuminating Highland Park, one solar streetlight at a time 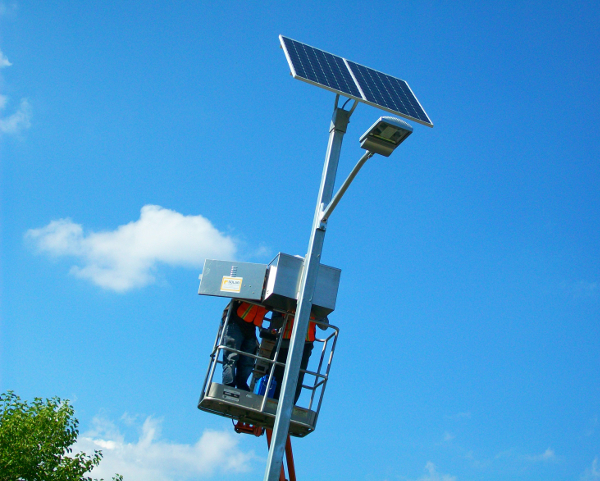 David Sands | Monday, August 25, 2014 Nighttime has been especially dark in Highland Park these past three years since officials approved the removal of most of the city's streetlights in a deal to resolve an outstanding utility debt. Responding to the debt-imposed blackout, a grassroots group called Soulardarity had the idea of using solar-powered streetlights to brighten city streets.

A community fights to get out of the dark

Nighttime has been especially dark in Highland Park these past three years, after officials approved the removal of most of the city's streetlights in a deal to resolve an outstanding utility debt. Read the article on freep.com >

Angie Gaabo and her husband Eric Gaabo stand on their front porch, the only light on Avery street in Woodbridge where street lights have been off for several months. Front porch lights are the only source of light on at night on Oct. 3, 2013. Romain Blanquart/ Detroit Free Press