Breaking It Down: DTE's Dirty Dealings and What To Do

Breaking It Down: DTE's Dirty Dealings and What To Do 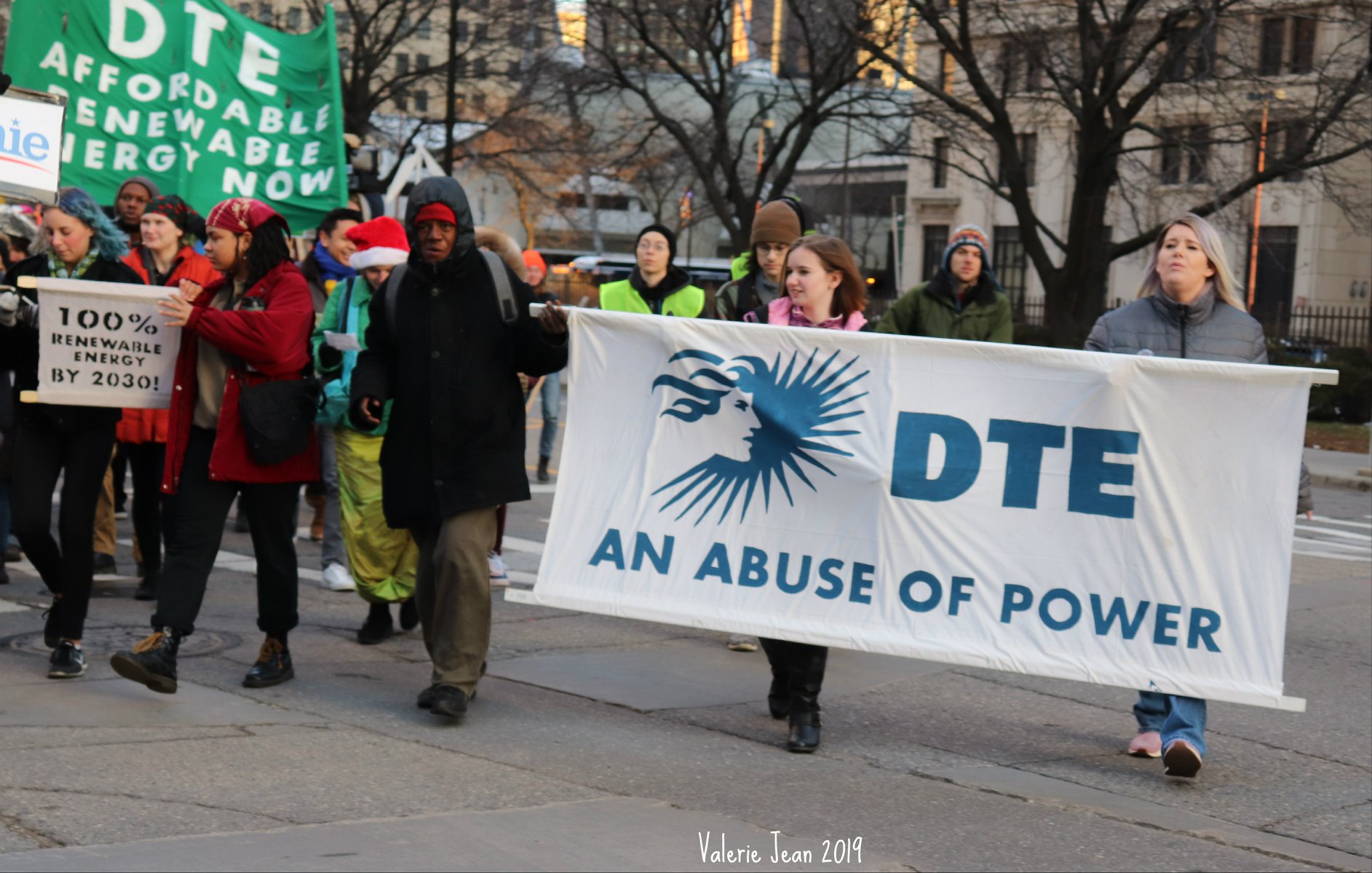 Hey there everyone! If you're still wrapping your head around the news about DTE lately, I'm here to help.

It's been a busy time with the DTE integrated resource plan and rate case. There are a lot problems with DTE's energy planning and proposals. This blog post of Union of Concerned Scientists is a useful summary of the issues with their 15 uear plan, and provides links to deeper analysis of their points. The TLDR version is that DTE has rigged the model to favor their central generation plants, against the levelized cost data and changes projected in the cost of gas/nuclear procurement vs. solar, wind, and efficiency. Further, the AG has raised concerns about self-dealing with their pipeline subsidiary, which is supplying gas to DTE's plants and for international export through Canada. Even with their 15 year plan still under deliberation, DTE filed for another rate increase recently despite their poor reliability performance.
These points are a necessary prelude to talking about what real solutions to climate change, affordability, and reliability are. It is important to read DTE's positions not as those of a neutral objective party, but as being actively against the interest of low-income ratepayers. They have attempted to spin this into an anti-solar narrative, and have spent significant sums of money to do so (and there's plenty of data to back it up). What's especially troubling is that the low-income, black, indigenous, and communities of color they target are most harmed by environmental injustice (you can get a sense of that visually through this amazing map.)
Numerous intervenors have called for the rejection of DTE's 15 year plan, and provided robust critique of the rate increases. The Attorney General filed searing testimony that cut DTE's request down by almost 90% and called for a decrease in residential rates. By the end of the calendar year, thousands of Michigan residents will have filed comments calling for the commission to reject DTE's plans, and have even taken to the streets to protest DTE's destructive policies.
In response to these problems (which are happening all over the country), many have been talking about the public power alternatives that are available to communities that are routinely underserved by the utility. Recently, a deep dive into DTE and Consumers looked at this possibility in Michigan, drawing comparisons to the current situation with PG&E in California and troubling indicators of similar practices in Michigan. At Soulardarity, we've advocated for the state and federal government to support communities who want to explore alternatives.
In summary:

So as you go into the New Year, be encouraged! The conversation is changing, and organizing is changing it.

If you're looking for ways to support, you can always make a one-time donation or become a monthly sustainer of Soulardarity's work.

If you haven't done so yet, you can add your voice to those calling for the MPSC to REJECT DTE's dangerous energy plans.

Hope this helps! Rest well, because 2020 is going to be a big year!