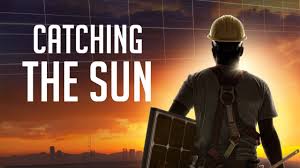 Together we'll view Catching the Sun at Nandi's Knowledge Café  at 5pm including a free buffet and community conversation. RSVP below, by texting CTS to 313.349.1063 or on our Facebook event page or. To share this event with others click here.

This Leonardo DiCaprio-produced film looks at solar as not only a possible solution to our climate crisis, but also as a possible solution to our economic crisis. The documentary that explores the worldwide economics of the burgeoning solar energy industry and its impact on hopeful job seekers in the United States. As solar and other renewable energy industries grow, jobs are created. A recent economic study estimated that a transition to clean energy will add 1 million jobs in the U.S. by 2030, according to the film's website. 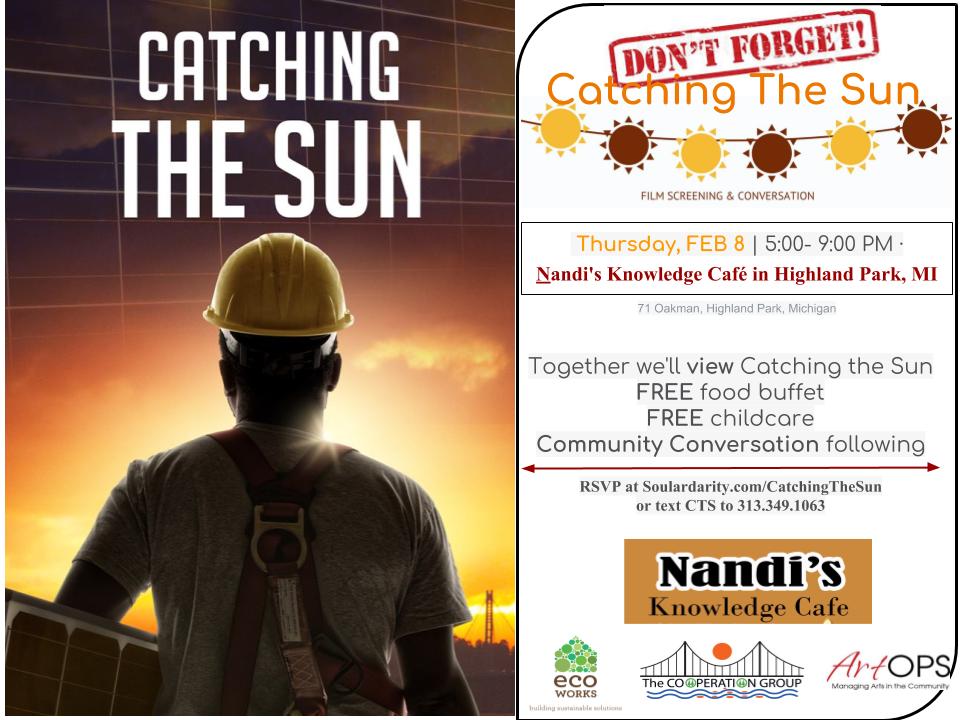